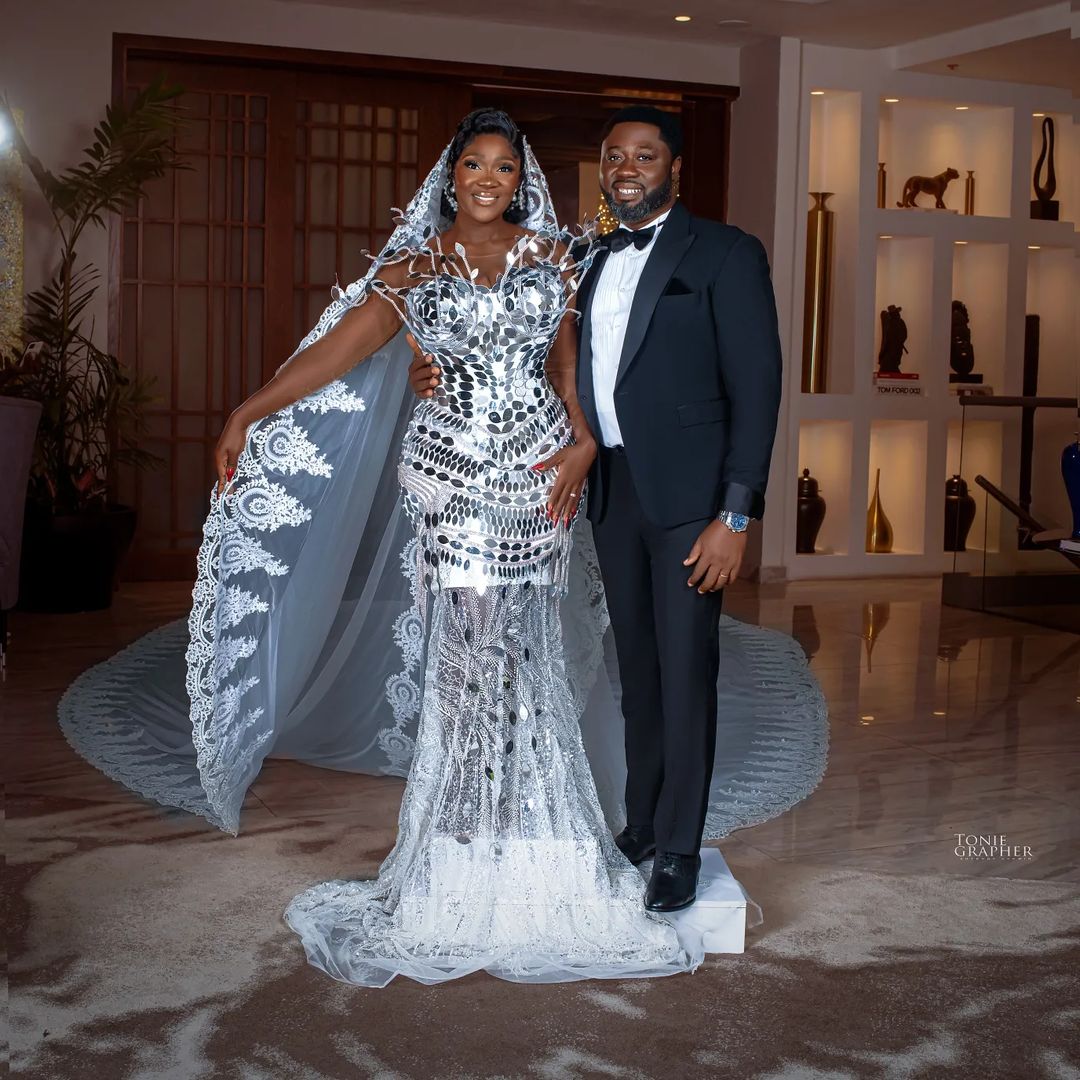 Mercy Johnson-Okojie marks her 11th wedding anniversary with Prince Odianosen Okojie. The couple got married in 2011 and have four children from the marriage.

In the family pictures which the actress released to celebrate her trad anniversary, she penned heartwarming notes in an Instagram post for her husband Prince Odi who is also a politician. Mercy Johnson expressed how her husband kept to their marital vows and never let go of her.

“TODAY… 11 YEARS AGO!!!! This can only be God. Thanking God for his Mercies, Provisions and Protections.

HAPPY TRADITIONAL MARRIAGE ANNIVERSARY TO US. ❤ 💯

Also for Mercy’s white wedding anniversary, she dropped a family photoshoot and video while mentioning CEO LUMINEE, who happened to be the designer behind her stylish outfit.

The photos are shown below

The beautiful photos have sparked lots of comments on social media from her fans and colleagues alike. A good number of these rendered their prayers for the couple while others spoke on how they admired the Okojie’s marriage.