Jalamia Styles For Men are one of the major fashion wears for men, especially in Muslim countries. The fashion style can be worn by both men and women, however, in this post, we have featured pictures of these outfits specifically for male folks.

As we picture some of these styles, we would be answering some of the frequently asked questions on the Men’s Jalamia wears.

Jalamia is a traditional thobe of the Arabians. The Jalamia Arabic Thawb and Women’s Abaya have similar loose fabric patterns while the lengthy nature is just like the kaftan styles.

Men’s Jalamias are originally long-sleeved garments with round collars and cuffs, but in Nigeria today, there are short sleeve styles. Nevertheless, you can never see a Jalamia style for men or women in a sleeveless pattern.

In Somalia, a loose-fitting cotton house dress with short sleeves known as a baati or Dirac shiid may be worn as swimwear or as a sling for carrying infants.

Is It Called Jalabiya Or Jalamia?

Jalamia can be used interchangeably with Jalabiya. Both are generally loose traditional garments worn majorly in East African Countries including Egypt and Sudan and also in Asian countries such as Iran and Saudi Arabia.

The loose traditional garment style originated from the same region as the Arabic thawb. But in contrast, thawb is a white robe while Jalamia or Jalabiya can be in any colourful and patterned form.

What Is A Jalabiya Made Of?

The loose dress is made from high-quality shiny fabrics like “Al Mzarray”, also made of “Zary”. The neckline and wrists of the dress may be embroidered with golden or silver shiny threads.

What Is Jalabiya In Arabic?

The Jalabiya or Jelabiya or Jellabiya is الجلابية in Arabic, pronounced as “Gellabiya” in Egypt, “Jelebeeya” in Ethiopia, and “Jehllubeeya” in Eritrea. Jalabiya predates Islam and even as a traditional Arab garment, it is worn by both males and females over other clothing.

Is A Thawb Religious?

It is also worn to mark a religious position; I’m such a case, a religious clergy may put on a bisht for weddings, Eids, and funerals.

Is It OK To Wear A Thobe?

A ‘thobe’ or lose pants is worn to adequately cover the waist and buttocks region from the belly button and down to below the knees.

Why Do Men Wear Thobe?

Based on Islamic traditions, modesty is the first rule to be applied to any dress code. In Muslim countries, both male and female genders are made to strictly adhere to modest fashion habits by putting on Jalamia over their outfits.

The loose-fitting thobe is worn to ensure that all parts of the body are properly covered. The Saudis’ style of dressing is not only because of the Islamic ideal of modesty but also because the flowy garments are practically fit for the windswept climate in their regions.

What Is Worn Under A Thobe?

Even while wearing a thobe or kandura, men are to fully clothe themselves starting with Arab underwear similar to boxers. Then white cotton pants and a white shirt may be worn before the thobe.

Jeans may also be worn in Saudi Arabia but the top loth must be long enough to cover the buttocks.

Wearing shorts in Saudi by men may be permitted but would be seen as a violation of public decorum if worn to mosques and government offices. This was based on a new amendment to the public decency violations schedule in Saudi Arabia 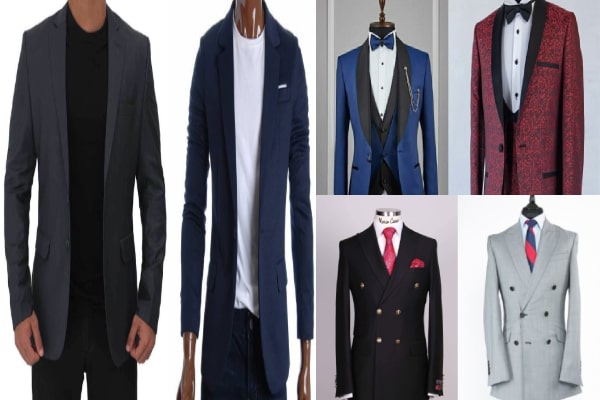